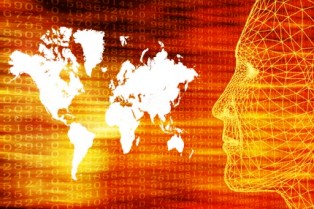 For many years virtual reality has been considered an invention of the futurists and scientists hoped that some day virtual world would allow the user to see, hear, smell, taste and touch everything inside it. Today, March 4th, 2009, at a major science event in London, scientists will present their latest invention in science – a virtual headset that has the ability to stimulate all five human senses.

Scientists from the Universities of York and Warwick were able to find enough expertise to develop the technology applied in the virtual reality device. Their project is entitled “Towards Virtual Reality”and is funded by the Engineering and Physical Sciences Research Council (EPSRC).
Currently the team of scientists from York and Warwick looks forward to work together with specialists at the Universities of Bangor, Bradford and Brighton in order to create the “Virtual Cocoon”. This latest invention in science represents a Real Virtuality device that has the ability to stimulate all five human senses at a higher degree.
To use the device a user must have a headset that features specially developed electronics and computing capabilities. This latest scientific invention could be used to help open the entire potential of Real Virtuality in a number of fields, including education, business and environmental protection. Visitors of‘Pioneers 09’, which is an EPSRC showcase event that is now held at London’s Olympia Conference Centre, can observe the replicate of the Virtual Cocoon.
According to Professor David Howard of the University of York, the lead researcher of the project, there’s currently not one scientific group that developed or is currently working of a similar project, informs politics.co.uk.
Together with his colleagues at Warwick, Alan Chalmers developed a new technique that electronically provides a pre-programmed smell recipe on-demand. “Taste and smell are closely linked but we intend to provide a texture sensation relating to something being in the mouth. Tactile devices will provide touch,” said Professor Howard, who mentioned that the main purpose would be to optimize the way human senses interact.
Professor Howard also added that the scientific team looks forward to estimate the full potential of Real Virtuality technologies for society.