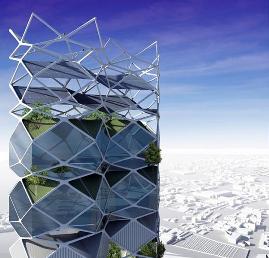 Mexico City is one of the fastest growing megapolises in the world, which means that new designs of buildings that are to be erected in the city should be more than just stylish. In addition, in a fast expanding area it gets really difficult to find a place for green space.
It is worth mentioning that about 22 million of people leave in the Valley of Mexico, which is why it was hard for designers and architects to fight the thickening smog. They offered various solutions and one of them was this incredible Vertical Park. Its design is credited to Jorge Hernandez de la Garza, who hopes to fill the city with the so-much-needed green space.
Vertical Park represents a modular skyscraper composed of a series of stacking units. Besides, the skyscraper is solar powered and features sky-gardens that are added to the spaces made for living and working. It also recycles all of its water.
Every module in the green building can be arranged in a way to offer enough space for public and private use, urban farming, as well as for accumulating water and storing solar energy. The steel frame of the green skyscraper will include solar panels that will be used to power a wide range of the building’s functions, allowing the wind to pass through the construction during hot days. 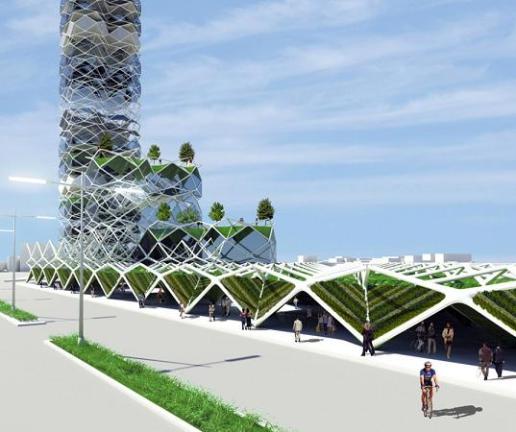