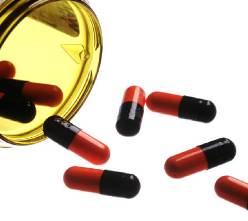 Scientists are working on a special pill which might bring some of the advantages of exercise. According to a report published in the journal Cell, the researchers in the United States have developed two possible pills that can apparently build muscles, increase the energy level and burn fat.
The tests performed on mice showed that these could run 44 percent further and scientists consider that the pills can have the same effect on people who didn’t even move a muscle. However, such breakthrough might raise concerns due to the fact that the pill could be misused in sport.
Taking this into consideration, the lead researcher Pr Ronald Evans, working at the Howard Hughes Medical Institute, and the Salk Institute in California, came up with a test which could indentify the drug in the urine and blood.
Pr Evans says that the new pills could be helpful in combating muscle wasting diseases or serve well for people who are at risk of conditions, including diabetes.
The two pills, dubbed AICAR and GW1516, have a certain effect on a “master gene” called PPAR-delta, which is able to monitor the activity of many other genes. Thus, the adjustment of this gene could theoretically have an effect on body building and regulation.
By genetically modifying mice in order to increase the activity of the gene, scientists managed to develop a muscle which could burn more fat than sugar. The same process led to the creation of “marathon mice”, who could run a longer distance on a treadmill.
Afterwards scientists decided to cause similar effects with the help of drugs, instead of using genetic modification. The prototype was a pill dubbed GW1516, which could again create the effect of “fat burning”. However, it showed not alterations in exercise performance until scientists began training the mice using long treadmill sessions.
At the end of one of the series, scientists noticed that mice that were given the drug ran 77 percent longer than mice that trained without the pill. The next step was the development of a drug called AICAR who had a somewhat different way of influencing the same muscle cell mechanism.
After taking the drug, the mice didn’t need any exercises. Being only four weeks on the drug, they were able to run 44 percent further on their treadmills.
According to Professor Evans, both drugs may someday serve a purpose in humans.
“If you like exercise, you like the idea of getting ‘more bang for your buck’. If you don’t like exercise, you love the idea of getting the benefits from a pill. Almost no-one gets the recommended 40 minutes to an hour per day of exercise – for these people, if there was a way to mimic exercise, it would make the quality of exercise they do more efficient,” he said.
Colin Palmer, a professor of pharmacogenetics at the University of Dundee, claims that the idea of developing “fitness drugs” had proved controversial.
“It’s basically a drug that enhances training. The thing that raises eyebrows is the concept of a drug that improves endurance training for sports professionals,” said Pr Palmer.
Source:BBC News

One thought on “Scientists to Develop “Fitness Pill””