In Japan it is possible to find a lot of interesting technical innovations. One of them is a vending machine that recommends buyers the drinks they may like.
The device makes use of face recognition technology. It analyzes the age and gender of the customer and then recommends a drink. As a result of the invention sells three times more drinks than regular vending machines.
JR East Water Business Co is the developer of the vending machine. It equipped the device with large touch panel screens with sensors that help the machine identify certain characteristics of the approaching buyer. 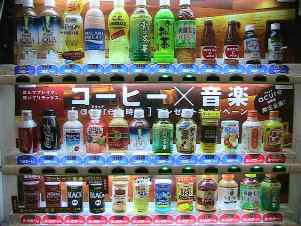 After detecting specific characteristics, the machine displays the recommended drink products. The proposed drinks may change depending on the time and temperature outside.
“If the customer is a man, the machine is likely to recommend a canned coffee drink, since men tend to prefer these. If the customer is in their 50s, though, that recommendation is likely to be green tea,” explained the company’s spokeswoman.
She added that, based on the market research, the vending machine is more likely to suggest a tea drink or light sweeter product to ladies in their 20s.
So far the company carried out tests of its new vending machine only at one of Tokyo’s train stations. However, JR East Water Business Co looks forward to installing more machines at a number of other train stations in Japan’s capital.
By March 2012, the company expects to install about 500 machines across Tokyo and surrounding areas, reports Fox News.